Camera is an important app or feature in every Android mobile. The Android framework includes support for various cameras and camera features available on devices, allowing you to capture pictures and videos in your applications. When you ought to buy Android mobile you need to look for the camera quality and the features it offers. You should find your camera requirements as for what purpose you need a camera. How will you use the camera whether for a quick picture or a video clip. Also, how much storage capacity your Android mobile will need to store your camera photos.

Some Android mobile camera features come standard and help users set up stellar shots automatically. Other features may have to be activated, but are typically easy to access within a phone’s camera app.

What camera features you should look for in an Android mobile?

Following features make the best camera  quality and you need to look for in an Android mobile.

The sensor is basically a device that is made up of light-sensitive photosites (also called pixels) that capture light photons as they enter the camera. The camera’s image processor takes this light information from the sensor and uses it to recreate an image of the scene. Size is really important when it comes to sensors. A big sensor means it can pack a lot of small pixels or accommodate fewer but bigger pixels. Each of these options has its own advantages. Compared to a “normal” camera’s sensor, Android mobiles have incredibly small sensors. A full-frame DSLR sensor is 35mm in size. To date, the biggest smartphone camera sensor is a 1-inch type sensor, which is about the same size as that of an entry-level point-and-shoot camera.

Like sensors the same applies to pixels. The bigger the pixels the more light can be captured by the sensor. This results in well-exposed images, even in situations where the lighting is poor. A good phone camera will not only have a sizeable sensor, but it will also have fairly large pixels. This is especially important in camera phone sensors because of how small everything is. If the pixels are too small, the images will be plagued with apparent digital noise.

The surface of the sensor is made up of many pixels. The total number of these pixels is referred to as megapixels. Mega- is a prefix that means ‘of one million’. So, if a camera is said to be 12MP, that means it has 12 million pixels that capture light to produce an image. In simple terms, this means that the image could be 4000 pixels wide by 3000 pixels high. This is known as the resolution. The resolution or detail of an image is determined by the number of megapixels of the camera. A picture taken with a 5MP camera will not have as much detail as one taken with a 20MP camera. So the more megapixels a camera has, the higher the resolution of the images it will produce. This is important if you want to print your mobile photos, especially in very large sizes.

Aperture refers to the diameter of the opening through which light enters the camera. It works in pretty much the same way as the iris in our eyes, which expand or contract to regulate how much light hits the photoreceptors at the back of the eye. How dark or bright the image will be is determined by the size of this opening which is expressed in f-stops. The smaller the f-stop number, the wider the opening, and therefore, the more light reaches the sensor. This means that if a smartphone is said to have an f/2.2 aperture, then that is that. You cannot change it to allow in more light or less light by adjusting the aperture. Due to size, smartphone cameras need their aperture to be as wide open as possible in order to allow enough light to reach the tiny sensor. If you’re looking to buy a phone based on the camera specs, look for one with a really wide aperture.

Android mobile camera lenses are made of plastic, not glass. That being said, their quality can be quite good. However, camera lens quality differs from phone to phone and can substantially affect picture quality. A poor quality lens is not as sharp as a good quality lens and may struggle with image issues such as chromatic aberration. One way to know the quality of the lens, and probably the best way, is to look at reviews posted online. That  run tests on mobile cameras and post their results online. From there you can get an idea of how the lenses perform and if they have any imaging issues. Also the reputation of a phone brand when it comes to imaging can be used as an indication of lens quality.

When taking a photo with your phone, the image is usually processed and compressed, and then saved to your mobile as a jpeg file. Although this may work just fine for the average user, it might not be the best option for someone who wants to do more with their mobile photos. This is because when a picture is saved as a jpeg, it loses some detail and quality due to compression. Unlike with a jpeg image, a RAW file is uncompressed and unedited. In other words, the camera won’t apply its own contrast, white balance, sharpness, etc. to the saved image. Instead, the raw image data is saved to the phone’s storage.

If a phone’s camera can shoot both jpeg and RAW, then that’s great. There are lots of other features to look for like night mode, which you need to look for in cameras on smartphones.

Which Android mobile has the best camera quality?

The best camera quality on an Android mobile is right now a tough competition between the two top notch brands and a horse race between the Google Pixel 6 Pro and the Samsung Galaxy S22 Ultra. The Google Pixel 6 Pro features a 50MP main camera, a 12MP ultrawide lens, a 48MP telephoto with 4x optical zoom, alongside an 11.1MP front-facing camera, while the Samsung Galaxy S22 Ultra includes a 108MP main camera, 12MP ultrawide, two 10MP telephoto lens with 3x and 10x optical zooms, in addition to a 40MP front-facing camera.

Google Pixel in this model has all four cameras (three main + one selfie) bring newer, larger sensors, while the Google Tensor chip leverages the new camera hardware and shooting modes.

The main camera is a 50MP Samsung ISOCELL GN1 1/1.31″ sensor with dual-pixel autofocus and optical image stabilization behind an f/1.85 lens, and 1.2µm sized pixels – with pixel binning math that comes out to 2.4µm pixels compared to the Pixel 5’s 1.4µm. This sensor can pick up 2.5X more light than the previous 12.2MP sensor. There’s also a laser-assisted autofocusing module in the camera cluster, and the Spectral/Flicker sensor is back. Despite the 50MP main sensor, images are output in 12.5MP.

The Pixel 6 Pro has an updated 11.1 MP Selfie camera with a wide 20mm compared to the Pixel 5’s 24mm lens. Pixels here are slightly larger at 1.22µm compared to 1.12µm on the Pixel 5. On the Pro, 4K video recording is possible with the front camera, though only in 30fps.

The other headlining camera is the 48MP periscope zoom camera with 4X optical zoom. This 1/2″ sensor has 0.8µm pixels and sits behind an f/3.5 aperture lens assembly. This camera also features PDAF and OIS. Using a combination of Super Res zoom and this optical 4X zoom, the Pixel 6 Pro can achieve up to 20X zoom. Finally, the updated ultrawide camera is a 12MP sensor with 1.25µm pixels and an f/2.2 aperture lens. The front camera is now 11.MP with an ultra-wide lens and is capable of recording 4K video.

Also there is  Real Tone feature that’s baked into Pixel 6 cameras. It’s a result of collecting thousands of photographs from visual artists whose works highlight communities of color. These samples, along with feedback from dozens of photographers and cinematographers, let Google improve every aspect of capturing a person of color with the Pixel 6 and 6 Pro’s cameras.

The S22 and S22+ have the same rear camera setup, including an ultra-wide 0.6x lens for broad views, a standard 1x lens with a bright aperture for low-light shots, and a 3x telephoto for portraits. The sensors behind the main lenses are a differentiating factor, too. The S22 and S22+ use a 50MP sensor for capture, but the best results come from a pixel-binned 12MP mode. The rear cameras all support 4K video recording at up to 60fps. You can also record at 8K locked to 24fps. With the S22 and S22+, the 8K view is as wide as the 1x lens, but the S22 Ultra only uses a portion of its main camera for video, so the angle of view is narrower.

The Snapdragon 8 Gen 1 processor that drives the S22 is far more powerful than the image processors in dedicated cameras. It makes sense—a phone’s processor handles everything from 5G connectivity to the latest mobile games, whereas most digital cameras simply don’t have those processing needs.

Samsung leverages the extra processing power to supplement comparatively meager optics—these computational photography features allow the S22 to punch above its weight and deliver better photos than you’d expect from a phone.

The S22’s camera app also functions as an editing suite Touch-based editing is intuitive, and you can easily swap color photos to black-and-white or a filtered look; crop the frame; adjust exposure; and make other edits, all from your camera roll.

As a result, which Android phone offers the best camera comes down to what you consider the most important camera to be. If you prefer to take long-range photos, the Pixel 6 Pro offers a 48MP camera in comparison to the S22’s 10MP cameras, although Samsung does claw back a bit of ground with a stronger optical zoom. But if you’re after a clearer image, the Samsung Galaxy S22’s 108MP camera is truly in a class of its own, with a 40MP front-facing camera able to produce high-quality selfies.

However, both phones cost well over $1,000 – and over $2,000 for the top-of-the-line Samsung Galaxy S22 – meaning that the camera quality doesn’t come cheaply, with those on a budget potentially having to settle for a lower camera quality.

Most Android mobile brands now claim that the cameras on their premium devices are a good as professional cameras. Considering how many top Android mobile phones are now priced around or above $1,000, it can be considered a plus that they include increasingly more powerful and quality driven cameras that are simple enough for the average user to use it the way they want. 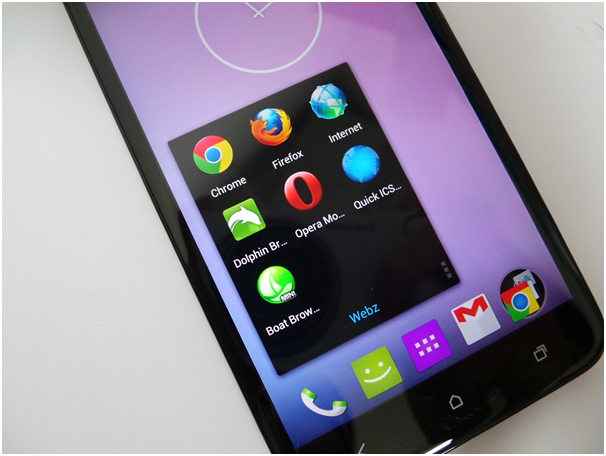 How to Protect Your Browsing Privacy on your Android Smartphone or Tablet? 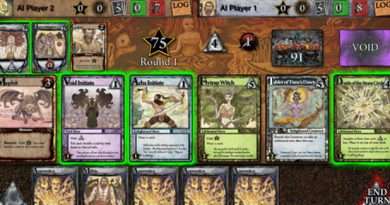 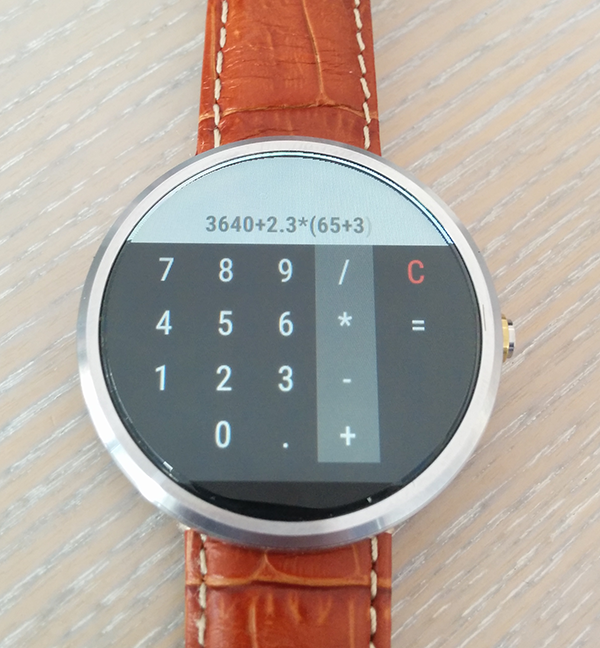 Smartwatch Faces can Suit your Mood