Game of Thrones is a dramatic and exciting online pokies game based on the successful and multi-award-winning HBO TV series and the epic collection of novels by George R. R. Martin. In this pokies game of five-reel, 243 ways to win you will love to hit the reels as the houses of Stark and Lannister do battle in this epic game. With many such animated cut scenes from the show, you will have real fun enjoying this game.

The design of the game brings to mind elements of the story such as the Iron Throne of Westeros and the darkness of impending events.

The Symbols in Game of Thrones

There are four main symbols and these are the seals of the four main families – Baratheon, Lannister, Stark and Targaryen. J, Q, K and A are the lower values. The Game Of Thrones icon is wild and appears stacked both in the base game, and the feature and the Iron Throne is the scatter which triggers that feature.

These symbols act as substitutes for other symbols, allowing you to make more winning combinations. They are also stacked on the reels; which means that they can potentially cover all spaces on a reel; which is how the big cash prizes are won.

The iconic Iron Throne is an incredibly important feature of Game of Thrones. These special symbols payout prizes, no matter where they appear on the screen; plus they are the triggers for the main feature of the game – the free spins bonus round.

The Four Free Spins Features in Game of Thrones

There are four free spins bonus features on offer as you play Game of Thrones. Each of these options offers its own advantages; with up to eighteen free spins and a bonus multiplier of up to 5x on offer. Hit the Spin button and watch the free games load with prizes being added to your balance automatically at the end of the bonus feature.

Landing two of the scatter symbols in any position will award a random cash prize while three or more will trigger the free spins feature. You can choose one of four options based on each family as follows:

The spins can be re-triggered from within the feature.

The Breakdown of the  Game of Thrones Pokies Game

The Gamble Feature in Games of Thrones

The gamble feature in this game will help you double up your wins but this is a high quality ‘heads or tails’ mini-game. There are four possible correct moves which correspond to a journey through the provinces in the story. The most important in this game is that you will be spinning for a maximum payout of up to 6,050,000 coins and you might take a risk to lose your winnings or double them in this gamble feature.

How to play Game of Thrones with Android

Game of Thrones for android is available at all Android casinos 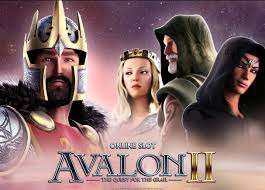