Immortal Romance is based on theme of a Vampire and Human love story who are in love with each other but cannot be together. This Microgaming Pokies game has  5 reels and 243 ways to win and though there is no progressive jackpot available, players will have the chance to score a top payout that is worth $1200. This pokies game has some amazing graphics and sounds that make the game enjoyable. Also there are super bonus rounds and great regular game payouts, that make this pokies game more interesting.

The Symbols and Features in Immortal Romance

This fantastic pokies game offers many additional features that can help create huge payouts. The best and most attractive feature in the game is the randomly triggered wild Desire Feature. This can allow for all five reels to become wild, producing some amazing payouts. There is also a Free spin round that can be triggered during the Chamber of spins feature. While playing the game, players will enjoy the main characters, including Amber, Michael, Sarah and Troy. There are four different bonus rounds that are associated with these characters.

The Wild Symbol in Immortal Romance

In addition to the winnings that can be generated through the free spin rounds, players will also make use of a wild symbol, which is the game logo. This symbol will replace all other symbols in the game with the exception of the scatter. Not only will the wild help to complete winning combinations, but it will also double the amount of the payout.

This feature  is awarded randomly and it will turn up to 5 reels wild. Imagine how big of a payout that qualifies for – 3,645,000 coins to be exact. Remember that free spins feature cannot be triggered in conjuction with this one.

The Chamber of Spins feature in Immortal Romance

To trigger the free spins feature, at least 3 scatter symbols have to appear on the reels.The whole concept behind the idea of Chamber of Spins feature is to reward those that play this game for a long amount of time

1st Time of triggering the free spins – Amber Feature awards you with 10 free spins and a massive 5x multiplier. You also have a chance to re-trigger these spins.

Five times and onwards of triggering the free spins – Troy Feature awards you with 15 free spins and a Vampire Bat function that turns symbols into multipliers and wilds. You can earn a multiplier of up to 6x.

Triggering the free spins feature for at least ten times will enter you into the Michael Feature awarding 20 Free Spins with Rolling Reels. You earn a multiplier on all wins for winning several spins in a row. Up to a 5x multiplier can be earned.

If you happen to play long enough and trigger free spins feature for 15 times, you’ll be entered into the final, Sarah feature. This will award you with 25 free spins and a special ”wild wine”symbol appearing on the third reel substituting for any other symbols itself and randomly turning any other symbols into wilds.

The Jackpot in Immortal Romance

You’ll get a chance to enter the bonus game, win free spins as well as claim the maximum payout of 3,645,000 coins. Note that it’s a fixed jackpot and this is not a progressive  game.

How to play Immortal Romance with Android

Immortal Romance for android is available at all Android casinos 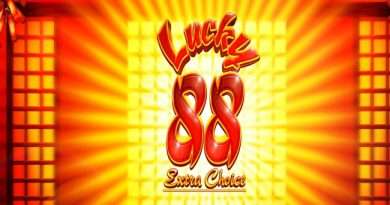