Luna is a cloud gaming service that lets you play games on compatible Fire TV, Windows PC, and Mac devices as well as through web apps on iPhones, iPads and on selected Android phones.

Cloud gaming enables you to play games on devices you already own, without the need to purchase a gaming console or gaming PC. Games live in the cloud, so there are no lengthy downloads, installs, or updates required.

Like other cloud gaming platforms, it allows players to stream games instantly to a number of devices. This eliminates the need for downloads, updates, or even local storage, but requires a high-speed internet connection. Amazon recommends speeds of at least 10Mbps for 1080p streaming, or 35Mbps for 4K.

You must be running on Android 9 or higher, and to access the service on the Chrome web browser version 86 or above, with a download speed of at least 10Mbps.

At the time of writing the following Android Mobiles work best for Amazon Luna:

There are more devices added to it too.

Which games can you play with Amazon Luna?

An Amazon Luna subscription includes unlimited access to roughly 50 games from a variety of publishers. The list isn’t as impressive as Microsoft’s Xbox Cloud Gaming catalog, but it’s a solid start. The games are running on Windows machines, so theoretically it should be easier to add games to Luna than Stadia, which requires developers to port their games to Linux.

However, these games cannot be purchased individually and require a persistent subscription to play. Games may also be removed from the service as time goes on, removing access for even paying subscribers.

In total there are over 100 games. Here below find a list of the best Amazon Luna games:

This list is continuously expanding as new games are added over time, and you can gain access to more games by subscribing to more channels in the future.

Amazon is also developing first-party games under Amazon Game Studios. The studio’s first major title, a battle royale game called Crucible, had a disastrous launch and was ultimately put back into development before being cancelled. However, a new MMO called New World is a prime candidate for Amazon Luna support.

Also note that like Kindle devices, Amazon Luna displays advertisements while connecting to a game. However, they do not appear while the game is loading or during gameplay.

Luna+ game channel offers a growing library of new and favorite titles. Set up Luna profiles to play on two devices at the same time at up to 1080p/60fps.

You can play with the Luna Controller, Xbox One controller, DualShock 4 controller, or use a mouse and keyboard.

Games in the Luna+ channel and the Ubisoft+ channel beta are streamed at up to 1080p. 4k coming soon for select titles.

Luna supports both 2.4 GHz and 5 GHz but it recommends 5 GHz for an improved gaming experience.

Unlike streaming movies or music, cloud gaming can consume up to 10GB/hr at 1080p. Check with your internet service provider for data caps and details on how to track your usage. While playing on mobile, you can connect to wifi to minimize data usage from your data plan.

Subscription cost for Amazon Luna to play games on Android

At the time of launch, Amazon Luna was offering an access price of $5.99 a month. This subscription includes unlimited access to a growing catalog of games and 1080p/60fps streaming on two devices simultaneously.  Channels are available for an additional fee also. The Ubisoft channel includes the same 1080p/60 quality and unlimited gameplay, but only for one device. However, it features the ultimate edition of each game, with DLC unlocked for certain titles.

If you want to get the most out of a Luna subscription, you’ll also want to pick up an Amazon Luna controller. Amazon claims that using the official controller can reduce latency by 17 to 30 milliseconds when compared to standard Bluetooth controllers, which is huge for competitive multiplayer titles.

It does this by connecting directly to Amazon’s servers with a built-in WiFi receiver with support for both 2.4Ghz and 5Ghz networks. This removes the middleman of your local PC or streaming device. Wired gameplay is also available with a USB-C cable, which unfortunately isn’t included in the box.

The Amazon Luna controller is similar to an Xbox controller, but with built-in WiFi for reduced latency.

As for the controller’s design, it closely matches the layout of the hugely popular Xbox controller. It features a textured grip and the standard layout: four action buttons, two offset joysticks, a d-pad, two bumpers, and two triggers. There are also four buttons in the center for home, action, menu, and microphone control. On the bottom of the controller, there’s a 3.5mm headphone jack for wired audio.

The controller is powered by two replaceable AA batteries, which are included in the box. You need to use the Luna Controller mobile app to set it up, but once completed you can switch between devices freely. 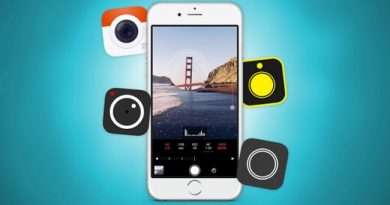 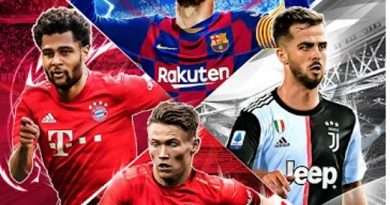 Guide to have a Chrome Extension on your Android Phone Browser