Samsung new phone version of Galaxy S8 smartphones significantly different from past models, is all set to be launched most probably in coming month. Information going around online suggests the phone’s release in Australia is tentatively scheduled in April 2017, according to Galaxy S8 Info.

Here find some of the wonderful features of this future smartphone that you are curious to know about.

The Samsung Galaxy S8 will reportedly have no Home button on its rear bezel to provide better view of photos and videos. The fingerprint reader and display integration is anticipated. Apple is also reportedly planning to remove the Home button on the iPhone 8, which is scheduled for a September release.

The display of the Samsung Galaxy S8 is expected to provide 4K resolution at 3840 x 2160 pixels. That resolution screen, coupled with a pixel density of 800 ppi, will make the device an applicable mobile virtual reality platform.

Samsung has no plans to get left behind when it comes to camera quality. They have been supposedly procuring dual-lens cameras for future Galaxy S8 handsets in hopes to provide DLSR-type photos to its customers.

Note that the Qualcomm Snapdragon 830 chipsets shall be available on US models of the Galaxy S8, while the Exynos 8895 chipsets will make their way into the international versions of the phone. The Exynos 8895 shall hold 3GHz of maximum speed, making it faster to shoot and save images using the Samsung Galaxy S8 compared to the Galaxy S7.

No headphone jack but USB port

Following Apple’s footsteps with the iPhone 7, Samsung will reportedly remove the 3.5 mm headphone jack from the Galaxy S8 and instead use a USB-C port. It is not yet known if Samsung will include a USB-C adapter with the phone. The adapter’s inclusion should definitely make the transition easier for its consumers.

Samsung Galaxy S8 with a “plus” version

Moving on to imaging, neither the main 12-megapixel rear camera nor the front-facing 8-megapixel selfie camera, both of whose lenses possess f1.7 focal ratios, will see resolution improvements compared to the Galaxy S7 — but that doesn’t mean nothing has changed. The main camera allegedly possesses a new visual search functionality, with icons appearing on screen that allow the user to indicate the type of search to be performed (OCR-enabled web search on photographed text, for instance, or a shopping-site search for products of interest). Also alongside the selfie cam is another sensor to endow the S8 with the same iris-scanning capability that debuted in the ill-fated Galaxy Note7.

Samsung DeX to connect the handset to PC

Also one value-added feature is the ability to connect the handsets to a monitor for a desktop view of Android that can be controlled via keyboard and mouse, like Microsoft Continuum, called Samsung DeX — though it requires an optional, HDMI-equipped dock.

Another feature is Samsung’s version of the Google Assistant and Apple’s Siri, known as Bixby. It’s said to be able to handle more complex commands than its competitors, such as multi-part instructions, and is launched by a dedicated button on the side of the devices.

Lastly, the pressure-sensitive input technology known as force touch is finally coming to the Galaxy brand, with the lower part of the display supposedly capable of distinguishing between different types of screen presses. Apple first included a similar technology on 2015’s iPhone 6s and 6s Plus.

Till the launch of this great smartphone as expected are fingers crossed. Also stay tuned for the best plans that you can have for this phone once it is out in the market.

Top 4 Casinos to play with no Deposit Bonuses from home 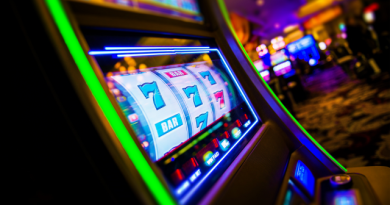 New Android Apps which are worth to try