If you’re a gaming freak and looking for the top and most amazing new games available in the Google Play Store that you can play this year, this is the place you can find a few. Whether you’re a newbie for Android and require some refreshing new games to create your Google Play library or just wanted to understand the latest trendy games that you can enjoy in your leisure time, here is a compact list of the top Android games that are worth trying this year!

Brawl Start is developed by Supercell which is a fast-paced game unlike most other games on the Play Store. There are multiple game modes rotating every few hours so that there’s something new to play at any given point in time whenever you log into the app. These modes include Gem Grab, Heist, Showdown, Bounty, Brawl Ball, and Robo Rumble.

Every game mode is full of fun and can be considered as a standalone app. By integrating all six modes on a rotating basis brawl stars have initiated a new era of gaming. It is a well-developed game that received a major update with the overhauling of the graphics with a new 3D-style design looking even better.

PUBG is a massive PvP battle royal game where 100 players fight against one another on a massive island having lethal weapons, ammo, vehicles, and tactical gear. You have to start playing as a solo player or you could also be a part of a group and apply your gaming skills to bring down your opponents until you’re the last man fighting.

You can easily pick up and organize items and can also include bots in the lowest ranks. You can also scale back the graphics to enjoy smooth gameplay when using an old device to play this game.

With this PUBG Mobile, you will find every epic moment. Most importantly, it is free to play and it also has four unique maps to select from the multiple game mode and if you want to play as the first- or third-person view.

This game is based on the Rooster Teeth Animation series. Developed by Amity Arena, this game is a very popular and well-designed real-time strategy tower defense MOBA of similar nature as that of Clash Royale.

In a nutshell, it’s a double-lane brawler where you have to destroy your enemies’ towers quickly by pulling down troop cards on the battlefield. All the characters are inspired by the RWBY game.

To win this game you need to strike a balance between the different troop types. You need to create a strategy and the right timing of your attacks are more important than just spamming troops down onto the battlefield. You can either play this match for fun or to improve your global rank in ranked matches.

This is a fun puzzle game that doesn’t sell you on power-ups or extra lives or something which makes this game a standout game. You need to strategically blast through to the core of celestial bodies. Right from asteroids to the sun using the classic gaming formula of bouncing balls off blocks.

During the game, you have to collect crystals which you can spend on getting more balls per shot, and more shots per round. Such upgrades are decisive to completing the later planets. It is really hard to stop playing this game once you start. You will especially enjoy this game if you are an avid fan of physics-based puzzle games, this game is well worth your money!

This is the latest epic puzzle game created by Fireproof Games and stood 4th in the award-winning ‘The Room’ puzzle game series. In this game, you will have to explore the home of an ambitious engineer who is missing when you find a rather strange dollhouse in the attic.

Through a delicate lens, you will explore different rooms in the dollhouse that are den to sophisticated puzzle boxes and contraptions. If you solve all the puzzles you’ll come to know what happened to the missing engineer and his wife.

It is highly suspicious and engrossing game that you’ll ever play on a mobile phone. The graphics and audio are wonderfully creepy as you carefully inspect suspicious objects and unearth the secrets to complete your discovery.

Dissembler is an abstract and colorful game that appears to be yet another standard tile-swapping match three game. This game offers an amazing exploration of patterns in abstract designs.

It is easy to play as the game lays out the basic fundamentals before presenting you with more complex puzzles. It is better to watch out the trailer to see what does it mean? You will have over 120 puzzles to play without any restriction of time, no limitations to move, or in-app purchases or ads to deal. 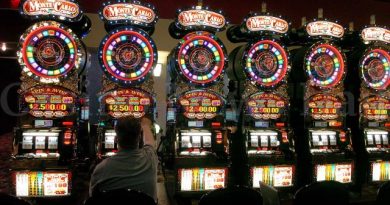 How to Play Pokies Legally and the Best Way