Despite the popularity of traditional poker, and its offshoots spread in the table game pit, Pai Gow Poker is a popular “black sheep” of the family. This is a complex seven-card poker affair, which is actually better than most table games, even if most gamblers ignore it anyway.

In the year 1985, California casino owner Sam Torosian introduced “pusoy,” a card game popular throughout China and nearby regions.

Realizing that the four-way player vs. player format cannot be a great fit for casino table gaming, Torosian tinkered with the concept. By using just seven cards per player, and two poker hands—a five-card “high” hand and a two-card “low” hand—Torosian hoped to turn pusoy into more enjoyable for casino gamblers.

He borrowed concepts from another Chinese gambling game known as “pai gow.” While playing pai gow, players used dominoes and try to set front and back “hands” that outrank their opponent’s front and back holdings. And just like that, the exciting game of Pai Gow Poker was invented.

How to Play Pai Gow Poker

To play the game, you’ll place an ante bet to start the action. Pai Gow Poker is played against the dealer, and no players, so everyone at the table receives a random deal of seven cards from a 53-card deck.

Pai Gow Poker uses a “joker” card which is considered to be semi-wild, as it can substitute as an ace, or as part of a straight, flush, straight flush, or royal flush.

With your seven cards in hand, the task is simple. You want to find a five-card “high” hand that has a good chance of outranking the dealer’s own five-card selection. From there, the other two cards will form your two-card “low” hand. The only condition is, your five-card high hand must outrank your two-card low hand.

A better play, one that gives you a great chance to beat both dealer’s hands, would use the following hand-setting strategy:

Using this balanced initiative, you’re now playing a strong high hand with the top pair of aces, while your low hand must be the second-best possible with one pair of kings.

When the dealer shows something like Q-Q-J-5-4 for a high hand and 6-6 for a low hand, you’ve just beaten them on both ends of the equation.

Conversely, should the dealer showdown a two-pair hand like Q-Q-J-J-5 for the high and 6-6 for the low, you would “push” or “chop” with the dealer, meaning your bet is returned in a tie.

As a table game player, your job is to hunt for the lowest possible house edge rates working against you.

House edge is simply a metric used to determine the casino’s inherent advantage on every game or hand. And the higher it is, the worse odds you’ll face over the long run.

With that in mind, the “Holy Grail” for house edge is blackjack, which affords a rate of just 0.50% to players who know basic strategy. That means for every $100 wagered, blackjack players using basic strategy only stand to lose $0.50 in the long run.

On the other end of the spectrum is American-style “double-zero” roulette with its 5.26% house edge. But Pai Gow Poker is next to blackjack and other games boasting favorable house edge rates.

Pai Gow Poker offers a very low house edge compared to most table games. It has an edge at 1.46%, which is better than blackjack with no strategy; single zero roulette at 2.7%, and American Roulette; which comes in at 5.26%.

You can stretch a short bankroll over long sessions.

As every Pai Gow Poker hand really involves a two vs. two scenario against the dealer; you’ll wind up seeing your fair share of pushes in the end.

The “push factor” makes the game perfect for folks who enjoy a leisurely, less volatile table game. You can start with $50; place a few bets to score some drinks, and usually walk away with the same $50 you started with.

Starting with the name Pai Gow Poker obviously owes its name to Asian roots; which tends to box out American players who aren’t familiar with the rules.

Another reason is recreational players skip over Pai Gow Poker due to the push factor. When you come to the casino hell-bent on winning; or losing your stack of chips trying; playing a game that winds up with a null result 40% of the time might not be up your alley.

Finally, the admittedly complex optimal strategy used to play the game perfectly has a lot of variables to consider. With this in mind, casual players who just want to have fun typically head to the games of chance like roulette, craps, and baccarat, where strategic thinking isn’t required.

This Poker may seem confusing and overly complex at first glance; but the same can be said for any gambling game you’re new to. Once you sit down and give the game a try; the basic binary nature of setting high/low hands will become second nature.

Don’t be put off by the exotic name or the intricate rules; just pull out a few chips and take a shot at learning something new. When you do, you won’t regret it; as Pai Gow Poker has evolved from a curiosity into a card game staple spread in every casino nationwide. 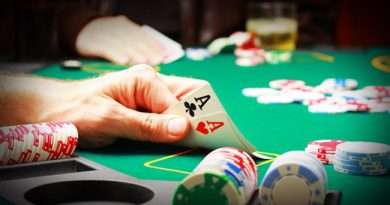 9 Proven Tips for Poker Beginners to learn the Ropes