Android 10 was launched last year in September 2019. It first was launched with Google Pixel phones but soon was made available for all Android smartphones including Motorola Razr in Australia. If your Android smartphone still doesn’t have Android 10 then soon the new update will arrive either via a notification prompt or by going into Settings and System and System Updates and manually triggering the update yourself.

The update includes a ton of new features, ranging from a true dark mode that helps save battery life to privacy improvements and a live caption feature that’s downright cool.

Whether you just got a new phone that runs Android 10, or you recently updated and are looking for ways to take advantage of Google’s new features, here are 12 awesome features of Android 10 to explore.

12 Features of Android 10 to Explore

In this feature, you’ll be able to have the entire system in a darker hue and the idea is to make it easier on your eyes and save battery life, particularly on OLED phones, though the claims that dark mode reduces eye strain are unproven. Turning on the dark theme is pretty straightforward: just pull down the Quick Settings tile or access the display section in the phone’s settings. Also, the mode will automatically activate when an Android 10 phone is switched to battery-saving mode.

You can change your display to a dark background with either a Dark theme or Color inversion.

To turn on a Dark theme or Color inversion

Colour inversion applies to everything on your device, including media. For example, black text on a white screen becomes white text on a black screen. There can be issues with colour quality or legibility.

In Android 10, Google’s Smart Reply feature is available in third-party messaging apps such as WhatsApp, Facebook Messenger and Signal. This feature uses machine learning to suggest three short responses that might suit the message you received, such as a thumbs-up emoji. The Android 10 version of Smart Reply can also anticipate actions and will, for instance, suggest opening up the address your friend sent you in Google Maps. Handy.

Also in messaging, there are 65 new emojis including new “gender-inclusive” designs for haircuts, weightlifting and the sauna.

Android 10 features a new dedicated location section in your phone’s privacy settings giving users more control over the location data they share with apps. This means they can choose to share location data with apps only while they’re in use, all the time or not at all and receive reminders when an app uses their location in the background. There’s also an option to opt-out of ad retargeting and personalization and all privacy settings, including location, web and app activity and app permissions, are now in one place.

It is a popular feature in the Chrome browser and YouTube app, Google Maps now have a private-search mode. By turning on the feature, users can search for and navigate to places without having data saved or linked back to their Google accounts. The private search mode can be activated by tapping on the profile picture in the search bar at the top of Google Maps.

Here you can select particular apps you want to avoid during a period of time, such as messaging or news apps. Those apps become paused, greyed out and notifications are hidden. Together with app timers, the do-not-disturb mode and notifications controls, this feature will hopefully help you find some balance.

By tapping the volume button and the icon below the volume slider, Live Caption will automatically add subtitles to videos, podcasts and audio messages － even for audio that you record yourself. The real-time captions are created through on-device machine learning and will appear as soon as speech is detected, without the need for Wi-Fi or a data connection. The text box can be expanded, dragged and moved around the screen and will come in handy for people who are deaf or hard of hearing, or when listening to audio in a noisy environment.

Live Caption works in English on Pixel 4, 3a, 3, and 2 phones, and selected other Android phones.

To turn Live Caption on or off:

Note: If you don’t see Live Caption, you might need to update your Device Personalization Services on Google Play.

Under Settings, view or change these settings:

Note that Captions might be unavailable for some media since media providers can opt-out of sharing their audio stream with the phone’s operating system. Live Caption works best on audio with clear speech and low background noise.  It doesn’t work on music, phone calls, or VOIP. Live Caption doesn’t use mobile data or an internet connection. All audio and captions are processed on the device and are never stored or sent to Google.

Parental controls, which are already available via the Family Link app in the Google Play Store, are built into Android 10 and accessible in the Digital Wellbeing settings. This tool offers parents a way to monitor and manage their kids’ screen time by setting app-specific time limits and granting them “five more minutes” of bonus time, for example. Parents can also manage content via category and specific apps and quickly see the location of their kids’ devices.

Google has come up with new gestures for Android 10 and slimmed down the navigation bar. In addition to using the usual three-button features in the navigation bar and Android Pie’s swipe gestures, you can now swipe up from the bottom of your screen to go home, from left to right to go back rather than tapping a button. Swipe up and hold to access recently opened apps. To test the fully gestural navigation, enable them in system settings.

9. Sending updates straight to your phone

Google also introduced Project Mainline in an attempt to push out security (and privacy) patches straight to a phone through the Play store – like for apps, these updates run in the background and are loaded next time your phone starts up, removing the need for a full system reboot as is now the case with Android. For developers, this means apps and games can be updated while in use without the need to interrupt anything.

Folding phones like the Samsung Galaxy Fold and Huawei Mate X might have gotten off to a bad start, and they haven’t been given much mention recently, but at I/O Google did reinforce its support for the upcoming wave of devices. The company optimized Android 10 with changes to its multi-resume and display functions, to ensure apps can run simultaneously alongside other apps and transition seamlessly from a small to tablet-sized screen when a device is unfolded.

Developers can start building and testing with Android’s foldable emulator to check that their apps scale properly across different screen dimensions and resolutions – in time for the release of these long-awaited devices.

Depending on where you are and who you ask, 5G is here and it’s expected to virtually remove streaming lag, opening up the door for real-time video collaboration, AR/VR-based apps and multiplayer game streaming. Google is bundling in 5G compatibility and extending existing APIs for Android 10 – this will allow developers to get ready for the new era and make sure their apps can make the most of “superfast” speed.

You can use Sound Amplifier with wired or Bluetooth headphones to filter, augment, and amplify the sounds in your environment or on your Android device.

Sound Amplifier is already installed on Pixel 4, 3a, and 3 phones. To get started, follow these steps:

To start Sound Amplifier, 2-finger swipe up or tap the Accessibility button.

You can change the loudness and tuning levels to adjust to your current environment.

With Bluetooth headphones, sound might be delayed or lower quality. To improve the sound quality and reduce the delay, try these steps:

There are various other Android 10 new features including support for streaming media and calls to hearing aids, real-time Live Transcribe transcriptions and a new Dynamic depth file format to store and share photos taken with the help of depth sensors, and AR content. 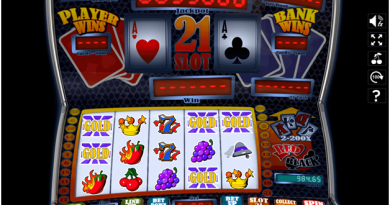 Why Do Punters Love To Play Pokies For Android At Slotland Casino? 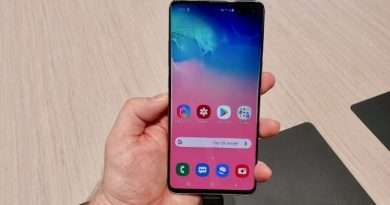