Google Action Blocks is a useful app for Android that makes routine actions easier with customizable buttons on your Android home screen. Powered by Google Assistant, you can easily set up Action Blocks for a loved one. Action Blocks can be configured to do anything the Assistant can do, in just one tap: call a friend, watch your favourite show, control the lights, and more.

Built with the growing number of people with age-related conditions and cognitive differences in mind, Action Blocks can also be used for people with learning differences, or even for adults who want a very simple way to access routine actions on their phones. Set it up for your family, friends, or for yourself.

Action Blocks may also be useful for anyone who could benefit from an easier way to perform routine actions on their device, including individuals with dementia, aphasia, autism, spinal cord injury, traumatic brain injury, Down syndrome, Parkinson’s disease, essential tremor, dexterity impairments, or other conditions. People who use adaptive switches, Switch Access, or Voice Access may also benefit.

How to set up Google Action Blocks on your Android mobile?

Pick your Android phone that has version 5.0 and later.

Also, you should be connected to the internet or WIFI connection before you begin.

You can set up Action Blocks to do anything the Assistant can do, in just one step: call a loved one, share your location, watch your favourite show, control the lights, and more. You can decide what Action Blocks to create, depending on your needs or the needs of your loved one.

In some cases, you need to give Google Assistant permission to work with other services on your device. In your device settings app, select Apps & notifications  Assistant  See all assistant settings  Services. Select the services that you want to use with Action Blocks.

After you create an Action Block and place it on your Home screen, simply select the Action Block to perform the action.

You can add Action Blocks to the Home screen in two ways:

Now to move an Action Block on your Home screen

You can also resize an Action Block on your Home screen

Lately, Google is also adding features to Live Transcribe, Bluetooth support to Sound Amplify, and better navigation options to Voice Access. Each of these features could be critically important to a person with a disability, though they could be useful regardless. Action Blocks, in particular, could help you set up little Google Assistant macros to automate common things you’d normally have to use your voice for, like asking it to turn off all of the lights in your house.

Live transcribe is the new feature where you can set specific words that Google’s transcription engine might not recognize, like a specifically hard-to-transcribe name or technical term. You do so by simply typing the word into Live Transcribe’s settings; you don’t actually need to train it by speaking the word out loud.

Live Transcribe already offered the ability to save transcriptions locally, but now, Google’s finally adding the ability to search them by keyword. Google notes that even with the search feature, data is all based locally on your phone instead of on Google’s servers. Transcriptions are sent to the cloud “ephemerally to be processed” but aren’t kept.

Finally, Live Transcribe will let you set your name as a keyword that will vibrate the phone when it’s heard. For people who are deaf or hard of hearing, it could allow others to get their attention.

Android’s Sound Amplify feature lets people use their phones to amplify and clarify audio. It’s not a replacement for a dedicated hearing aid, but it is still useful. Until now, it only worked with wired headphones, a fairly big problem in a world where few phones have a headphone jack anymore and it will finally support Bluetooth headphones.

Last but not least, Google Maps across both Android and iOS will give users the option to show wheelchair access right away when they search instead of making users tap into the location’s details. Maps still show multiple types of access, including the building itself, bathrooms, seating areas, and parking areas.

To send feedback about Action Blocks:

Note that Google collects certain data related to your use of Action Blocks in order to provide and improve the service. While this data will not be shown in My Activity, it will be deleted after you uninstall or stop using Action Blocks. 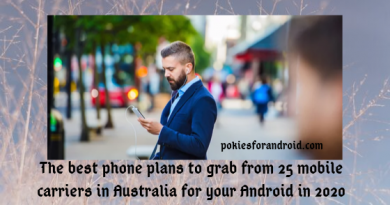 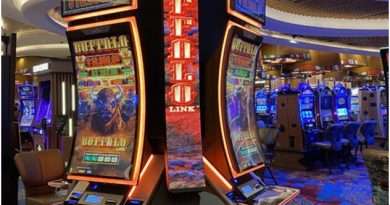 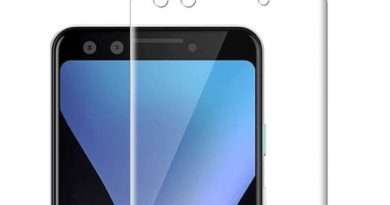