How about having some thrilling adventure to the Egyptian land? The Pharaoh’s have been the favourite of the Egyptian kings so that means they are the Queen of the Nile valley a well. Pharaoh’s way is such a pokies game based on Egyptian culture and the historic kingdom.  This incredible game is available in the form of an app which can be enjoyed with your Android devices. 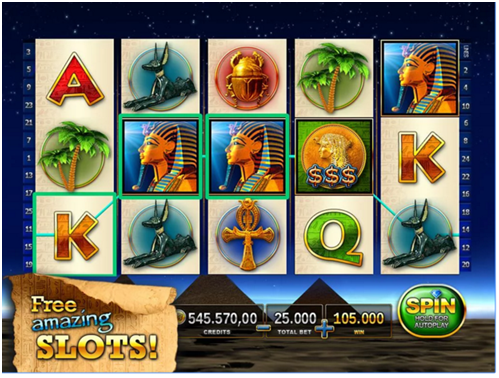 Playing Pharaoh’s way is very entertaining as the pokies app is available at Google Store (with in app purchases) for you to download and start instant play. You start with credits which are used to place bets on each spin. This pokies app is for entertainment purposes only. No real money can be won in this game. Thus this game is virtual simulation using virtual units called “Credits” to play the game. You can purchase additional credit-packs for real money via the “Buy” popup. These credits bought or won cannot be changed back to real money and cashed out, transferred, redeemed or collected in any other way. Once purchased or won, the credits can only be used to play this game. 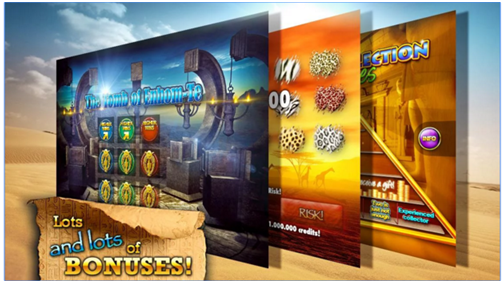 Pharaoh’s Way pokies  play brings in some, big wins and  amazing bonuses. It is a multipokeis game where you will discover games: 5 reels-4 symbols, 3 reels-3 symbols, 25 lines, 50 lines, 10 lines, consecutive symbols, 243 win-ways and many more – in 20 pokies-

That means you have easy to play with multiple convenient features like fast reel stop, individual reel stop and Auto play.

As this app does not reflect the actual game play of any casino the payout percentages, odds, payout methods and other features are for fun, entertainment

A Pay Table can be accessed which outlines the winning combinations. Wins are collected in the form of credits. Bonus free credits are awarded every four hours.  Diamonds are awarded for each spin, as well as bonuses from the combinations spun – accumulating diamonds unlocks higher levels. The higher the bet, the more diamonds are awarded. When making small bets, moving up levels can be slow. This slot game plays 25 lines per spin. The amount bet per spin can be adjusted up or down.

As it plays 25 lines per spin, a “win” frequently occurs, accompanied by congratulatory messages and sounds. Often the win is in fact less than the amount which has been bet, however messages like “Good spin!” are displayed. The frequency of rewarding messages and sounds is high. 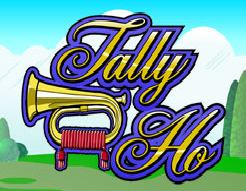 The Finer Reels Of Life